Juanita Kees is part of my beta reading team of three, with me (Lily Malone) and Jennie Jones. We have a heck of a lot of fun, as well as very serious discussions about how to describe men’s abs with a fresh twist. Very serious. We also discuss wine. And usually somewhere in our discussions is the requirement for a visit to lovely Margaret River for a far more in-depth discussion about men’s abs, writing, and wine…

One day this spring I think we will get our Margaret River visit together. Until then, I will have to get my share of men’s abs from Juanita’s wonderful new cover to Under Cover Of Dark (due out on August 1) which is the story in which hunky Detective Mark from Juanita’s previous books in the Tag Raiders’ series, gets to strut his stuff. (I’ve beta read Detective Mark and I assure you he is very good at strutting.)

I was so very proud when Juanita’s book Under The Hood made the finals of the Romance Writers of Australia Romantic Book of the Year Award (R*BY).  Good luck, ladies!

Juanita, in your wildest dreams, WHO would play your characters when it’s made into a movie?

Mmmm…I’d have to go with my all-time hero, Hugh Jackman in the role of Scott Devin. Nicole Kidman would make a good TJ, I think, and those two have already had sparks flying in Australia. 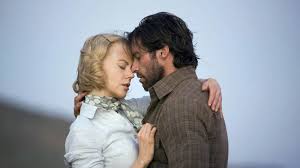 Tell me WHEN you came up with the idea for your R*BY nominated book.

I’m a Holden fanatic—there was always going to be a story featuring an FJ Holden. My dream of restoring one happened around the same time as I was raising a teenager about to get his driver’s license and up to all sorts of mischief a mother doesn’t want to have to think about.

Tell me WHERE your story is set.

I chose a similar setting for TJ & Scott’s story, because of its history and original purpose. How wonderful would it be if young people could return to this peaceful place while they search for themselves through the trials of growing up?

Tell me WHY you think your story is a R*BY finalist?

Unfortunately, my story is fiction and TJ is no relation to JJ Simons, but his dream and my love for his creation provided the perfect background for this story of an extraordinary woman who has her own dream, and a commitment to young offender rehabilitation that knows no boundaries.

Why might I win? I have poured my heart and soul into this story, bled oil from my veins to write it, shed tears with my characters, and celebrated their happiness. I’m already a winner to be in such amazing company in this competition. The real winners would be the cast of Under the Hood. I dedicate this award nomination to every mother out there who has needed a TJ and Scott in her teenager’s life.